Hanging Around the Christmas Tree

You can't take the 'stray out of a cat'. I adopted this boy to give him a better life. He'd been wandering the streets and ended up at the vets. So he's very skillful at opening packages of food. Now he's decided to open the dog's present, a big bag of Ekanuba...tastes better if it's stolen!

Our effort for making a Father Christmas pinata. I gave all the orders and then let the children do the paper mache part. I put myself in charge of decorating and managed to make a bigger mess than them...Such wise people we all were, no one noticed that Santa's hat needs a white end not red.

How to make the Pinata
It's quite easy to make a Christmas Pinata if you have the time... One balloon, two layers of newsprint, cellulose glue and for the last layer use tissue paper. Then you let the paper mache dry in the sun. Next just pop the balloon and decorate the paper mache shape into something christmassy. We chose Santa....

Note: Do not dry with a blow dryer
I was very impatient for it all to dry so I turned the blow dryer on high. This caused part of the balloon to pop out at the top, breaking some of the paper mache. Thank goodness Father Christmas wears a hat so it was easily fixed.
I didn't want the paper mache to be too thick. Hence if you use only three layers of paste and paper and one layer of crepe paper it will be easier for little children to break... 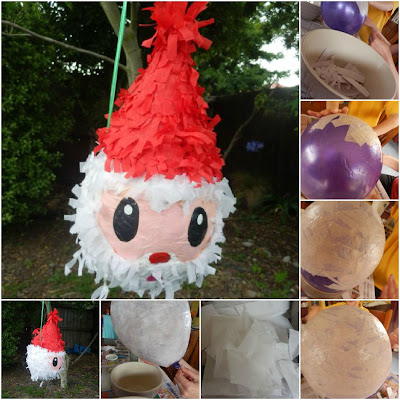 Was this sewing experience an easy task? No it wasn't, everything that was going to go wrong did! My sewing was wonky and untidy, nothing fitted and when I altered the costume it became a bit tight in length  (I didn't measure anything I just guessed).

I added a contrast stretch fabric for the tummy and then the sewing machine hated sewing this fabric too....The applique not the best around the contrast tummy as the machine tension wasn't right. In hindsight I think I should have stuffed the round tummy with Dacron. It would have looked kinda cute!

I used Easy McCall's Costumes M5956 pattern as the base for making my deer costume. I even tried to put the 18" zip in because the pattern instructions said insert a zip in the front. I really must have had brain fog because the fabric was just super stretchy fabric and I wouldn't normally sew a zip in.  So I had to unrip and take out the zip because my sewing was just so messy it was an embarrassment. In the end I added a Velcro opening in the back. Hmmmm...I'm so out of sewing practice no wonder I made so many mistakes.

Would I recommend this pattern?
Yes I would, but I'd make sure I had the sizing and length right before I cut out the fabric. Next time if there ever is one, I won't use very stretchy stretch fabric. But the pattern has lots of potential for making other animal dress-ups.

Hiding Away where Nobody Sees...

Email ThisBlogThis!Share to TwitterShare to FacebookShare to Pinterest
Labels: Christmas

Do they make you sneeze? They make me sneeze....

Here is the tutorial I followed:
* How to Make DIY Mason Jar Flower Lids 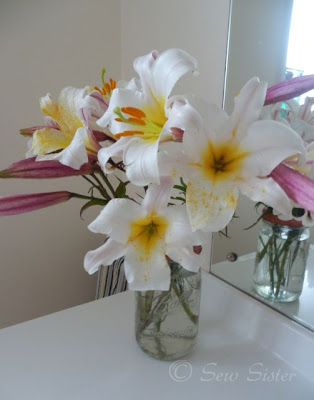 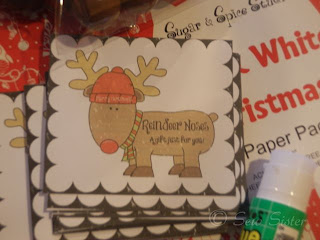 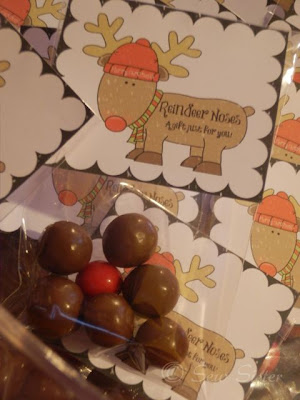 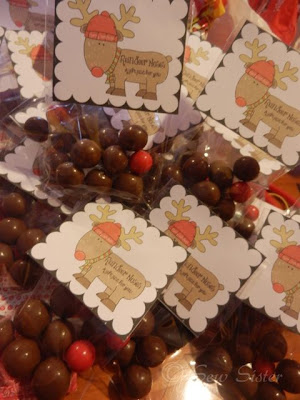 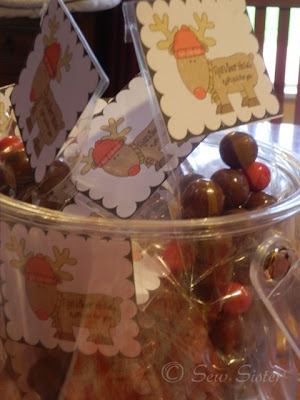 Many cultures have something similar to Perogi (Polish Dumplings) like Won Tons from China, Italy has Ravioli and Japan, Gyozi. My filling for Pierogi is just mashed potatoes and cottage cheese, it's the only one I know and the only one Babcia did. There are so many versions of for making Pierogi dough. This is just one of them and seems to work for me so I keep using it.

I use a Pierogi maker and this was sent to me years ago from a little shop in New York. They were very hard to find way back then. Now I see there are many different ones that you can buy on e-bay. Mine is made by Villareware...

I have no confidence making my Pierogi by hand, I have watched it done a few times and I am not so clever......I don't have magic fingers that turn out perfectly shaped Pierogi so I use a Pierogi maker. This is a bit time consuming and my dough tends to dry out near the end....But I make six at a time and my little Pierogi look very uniform in size which pleases me and I don't feel like a failed Pierogi maker!

Method:
*Sift dry ingredients together
* Mix butter and eggs add warmed milk
* Combine dry ingredients and wet, knead on floured surface
* Roll the dough to about 1/8 inch thickness
* Now your ready to cut out with circle cutter
* Add the filling
* Make sure edges of Pierogi are sealed
* Drop Pierogi into boiling water they are ready when they float to the surface
* Now fry Pierogi in butter with chopped bacon, onions and serve...
* Freeze the excess Pierogi, this recipe makes a few....

These days though I spend more time admiring the lovely red raspberry coloured vodka than drinking it. If you know how to make Raspberry Vodka and have missed something please tell me....

Version one:
Though I've used sugar this time I have also made Raspberry Vodka with out sugar. It really is a matter of taste...To do this I just add vodka to my raspberries placed in the glass jar. Then I keep it for three months. Next I strain the raspberry/ vodka mix and bottle it, now it's ready to drink.

Here is version three for making Raspberry Vodka:
I used this version a few years back to make my raspberry vodka. It is more time consuming, so I'm really interested to see if the above recipe tastes the same with much less effort....

To start with you put the raspberries into a sterile preserving jar with a lid (I don't measure). Add some good quality vodka (the higher the alcohol content the better) to cover the fruit. Cover the jar and let it sit for a week in a cupboard, or somewhere dark. Next you pour off the vodka and tip this into another sterile glass jar.

Now place your raspberries gently into another sterile jar, layer with sugar and then cover the jar. When the juice reaches almost the top of the fruit pour the raspberry juice off into another sterile jar. You can keep repeating this process over and over until you get no more juice from the fruit. Of course you use a few jars so it's takes time, but four glass jars is probably all you will need.

Next mix the raspberry coloured vodka and raspberry fruit syrup together, strain through sterile muslin (now it will become a clear liquid) and add this mix into a glass bottle. You can add more vodka to the bottle too.  Let it sit for awhile in the fridge and don't forget to turn the bottle every now and then.....
To serve:
I pour the Raspberry Vodka straight into a nip glass (do they still call them that?) and you drink it straight.
Note:
If you eat the vodka soaked raspberries left in the jar you may get 'drunk'. I ate a vodka soaked prune once from Dziadzia's flavoured prune/plum vodka bottle and it made me feel a bit tipsy. Mind you his base vodka was almost 100% proof he used to make the vodka it himself out of potatoes....

My battered 80's Nutcracker men needed fixing. They no longer have their golden threads to hang by and are very battered and used. Gosh they've seen a lot of life good and bad!

Because this was a 'spur of the moment' quick fix it job there was no golden thread to use, just plain old jute....I guess you could spend a lot more time making the join much nicer than what has been done here. Perhaps you could put a small bead to hide the glue join and use a golden thread...

To Fix a Nutcracker Ornament:

* Drill a hole in the centre of his hat top, use a small drill piece
* Squirt a small blob of melted glue from the glue gun into hole
* Next attach a piece of pre-cut string and push the ends into the glue
* Let the glue dry and then hang your Nutcracker onto the tree